Watch this in this order:

These are timestamped to where something specific is said, so you don't need to watch the entire thing, just give each a couple of minutes and note what's stated.  Then move to the next link.

https://youtu.be/YcGTsnwpKoE?t=150
2nd part of Hudson videos. In this, he had a lab take 99.99% pure yellow gold, and turn it into this white powder. Then spectral analysis determined it was "sodium and aluminum" not gold. This is consistent with the transmutation examples discussed in the videos leading up to this.

Finally, this video from Robert Sepehr which set this whole discovery process in motion. Just watch the whole thing.

The non-timestamped links to the other videos:

This is the bullet-list condensed version of my 1996 NHE visitation event.  I'm keeping this purely to "what happened" without speculating much, or going into the content of the conversation we had.  This is events and mechanics only.

* Awakened at 1am, 6ft+ grey standing there. I wasn't restrained physically, but "calmed" so I didn't have an unsafe reaction.  I can hear my roomates down the hall conversing and watching TV. I want to open the door and let some light in the room, and the grey indicates that it's ok to walk over there and crack the door some - but don't attract attention or open it so far that he'll be seen if someone walks down the hall.

* Being reminds me I've communicated before, told me to remember how. Suddenly I remember clear back to 1976 having multiple house calls like this.  They show up, draw out memories of interest and discuss them with me. Why did you feel this way, do this thing, make this judgement, etc.  Very interested in our emotional maturity, ability to overcome instinctive drives, human social bonding, emotional bonding between people.  This is yet another in a series of visits, I'm now aware.

* The communication is non-verbal, they explained it is more clear and fast to just have intention based Q&A. It's like wanting to know results in a rolling mnemonic reconstruction like recalling your own memory except from not-your-experience. Feels like instant familiarity like you always knew, but it's new info.  Likewise, they can draw your imagery and info up.  It's utterly unlike any sci-fi concept of "mental voices" telepathy.  Felt like what people describe as "life flashing before me" with "please explain this" moments of pausing.  Non-judgmental.  I'm not sure if I'm educating them, or they're educating me about myself by having me do self analysis.  This shared mental space is rather like Spock's "mind meld" process in Star Trek - and I think that's not an accidental similarity.

* 20-30 min of that process pass, and when I'd wonder about something I "just knew" like it was obvious but I'd just forgotten and remembered. But that's apparently how that process works. Since the info isn't transferred just read, you don't keep specifics just the "I understood about this, and that at the time" and I've been trying to unpack that recall since.  It wasn't like an explanation in depth, just a "here it is, it makes sense" gnosis state, but when that's gone it's suddenly a struggle to make sense of it later.

* They can use verbal language when necessary, by dropping the concept into our speech center and letting our own process assign vocabulary to it. Limited by our individual vocabulary - but allows them to appear to speak in whatever our native language is, even to multiple people in multiple languages at same time. They don't need to know your language to use it this way.

* In response to question about the artificial "calming" put on me to keep me rational, grey explained that we require "assistance" to avoid instinctive reactions that disrupt the encounter. Warned me of a brief unpleasant demonstration because I wanted to know. It "let go" and I got a terror kick of adrenaline and felt primal instinct grab control - then I was instantly back in "calm" state again.  Grey looks at me like "You get it now?" Yes, I sure do.  Don't demonstrate again thanks.

* He's seen what he wanted, we're caught up until next time whenever that is. Then he says I have an option to remember this visit if I choose it.  I assume it may be to see what happens when humans attempt to process disclosure, then they come back later to review how I dealt with it.  He warns it will be "very disruptive, be sure of my choice."  There's no way I'm not remembering this, so I'm all thumbs up.  In hindsight, I'd have had a completely different life right now if I'd said no.  If they've been back since - and why wouldn't they have? - then I either don't have the option again or I'm smart enough to say "not again, no thanks."

* Calm overlay intensifies, turns into complete contentment, love, warmth, and I'm so tired... I lay down, look up at the grey and I'm out.

* 2 hours later, I woke up in the hallway, and I know I'm running for the phone. Grabbed it as it started ringing.  It's about 4am.  Mom's on the phone. "Family emergency in progress, come immediately."  3 roomates are witnesses who saw me do this, with appropriate amount of shock and confusion. This was the first of several after-effect PSI phenomena.  I realize I'm already dressed and have my keys in my hand, and I'm quite confused as to how I ended up awake and "on a mission" to grab that phone - but I have to go, so no time to think about it.

* The next evening, I'm walking through a department store with my mother.  We've been conversing normally for 10-15 minutes at least, when I turn the corner and see her several hundred feet away across the store.  We both freeze in shock.  She jogs over, asking "What the hell just happened? Weren't you right behind me?" and I'm like "I swore you were behind me the whole time. Let me tell you about the other night..." and I drop the ET visit story on her.  Then she tells me about her UFOs and missing time 25 years earlier around her family.  Never had heard this before.

* Various other precognitive incidents, spontaneous verbal telepathy with other people where one of us thought the other was talking, but other person in room heard nothing, etc.  This faded as the week went on, mercifully. Feels like this was to "seal the deal" and make rationalizing that the grey event didn't happen an impossibility.  Everything else had witnesses and other participants, so there was no escaping the reality of it through bargaining with denial.

Thus began 10 years of sleeping with the light on, consuming every UFO scrap of info I could find, and generally exhausting myself in frustration in the inability to find anybody else with this sort of encounter.  I think it's because the traumatic encounters "break through" the memory block sometimes, but non-traumatic ones stay better sealed - aren't as commonly recalled, but might be more commonly occurring.

My understanding was that there's nothing special about me, just that they have a lot of humans that they do periodic sampling of.  The above stuff is the 100% certain stuff I didn't have to interpret the after-impressions of into some meaning - it was just events and solid understandings.  I try to keep that as isolated as I can, and put my "what I think it means" and "what I think they were trying to show me" in another bucket so I don't contaminate certain with speculation.

My recollection is that nothing unpleasant went on in any of these encounters.  However, that doesn't mean I believe them.  This is the "factual" part of the information.  It's just "what happened" and no speculation about the mechanics of it - which were explained because I was indeed allowed to ask questions throughout.  There is a big pile of Q&A information that was exchanged, but that's what I'll call "pure hearsay" because we're dealing with beings who demonstrated at length they can view and manipulate our cognition and most importantly memories.  So I'll save the speculation for another post.

Upon revealing this event to my family, there was a disclosure around the dinner table.  I found out that mom had been with her mother and sister in a car, while pregnant with me, and had the car followed by a "giant boomerang".  Grandma was driving, tried to run from it, and the next thing they remember is waking up parked on the side of the road.

Then there's grandpa's story, which still blows my mind.  While working on his cabin at the lake (Atwood Lake, Dellroy Ohio.) he and his cousin are looking at the "full moon" reflection on the lake.  He looked up and noticed the moon wasn't even half full.  Looked back at the water, and it's a big bright full moon.  Then the white glowing shape came up out of the lake.  His cousin made a run for it.  Grandpa stood there watching as the craft flew over to within 50 feet of him.  I asked if he thought it was aliens.  He said no, the guy in the window exchanged waves with him before the craft sped off, and he assumed it had been military since the occupant looked human and he didn't particularly believe in aliens.

He'd kept quiet about this for at least 30 years.  Grandma and mom never talked to anyone but each other about their incident.

A Colder War - by Charles Stross

This is one of the best alternate history cold war Lovecraftian tales ever.  Enjoy.

UFO: Kevin Knuth has some things to say that you should hear

So I was trying to figure out what our boy Hackerman was holding here: 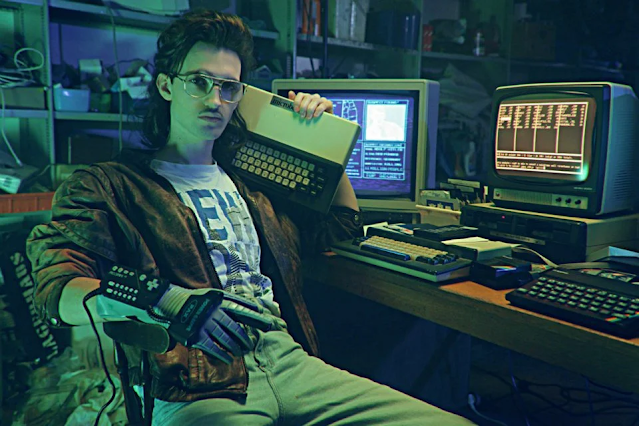 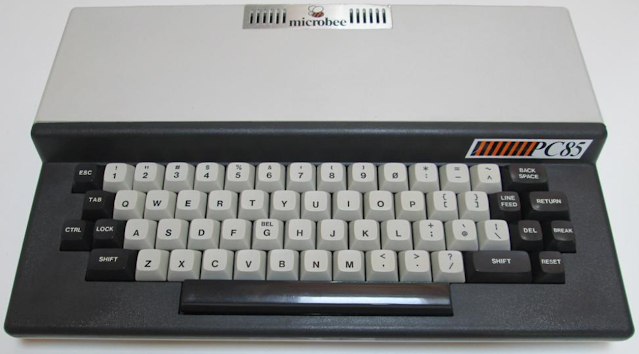 Glarses' channel is about a year old.  Dude is not only extremely entertaining but also informative on the "keyboard enthusiast" hobby - aka "Keebtards" community.

Link to his channel: https://www.youtube.com/c/Glarses/videos

Here's a good example video from him.  I sincerely hope he continues to make frequent and consistent content, because I've already watched everything on his channel over the weekend.  Just thought I'd share with the world something I liked.

I really like keyboards. When you interact with a PC all day every day, I think it's important that your primary interaction with the thing bring you some joy.

This has, however, led to the following situation: 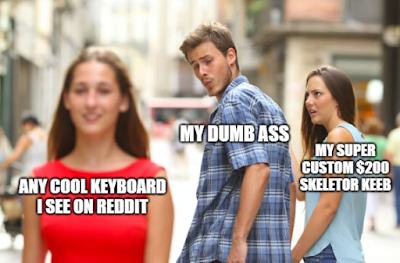 I was cruising around trying to find the perfect retro keycaps and there's some confusion about exactly what they are technically called.  Basically, if you're only casually into keyboards, there's a giant alphabet soup of different design aspects and you need a guide to truly "get it".  I went looking for one today, found it, and figured you might desire to find it too.

Want some keeb-porn? Alrighty. I normally loathe Pinterest but I'll make an exception for this one:

Also, look at the forums at Geekhack: 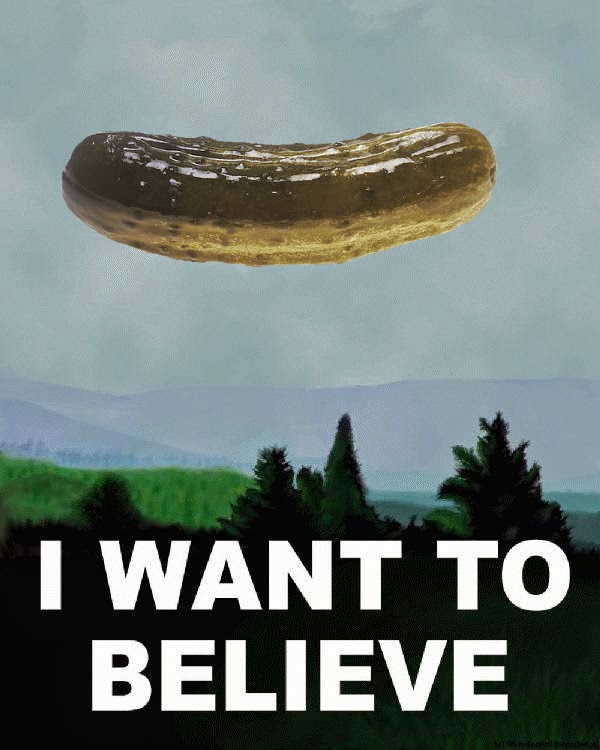